Welcome back to Clickbait Boyfriend! CBB is making quick work of Ventus’s storyline in Kingdom Hearts: Birth By Sleep, so quick that this blog is out a day early! In this edition, Josh grapples with the mechanics of time in the Kingdom Hearts universe, fair weather friends, and classic Vine. Plus there’s a rhythm game, so you know it’s going to be a wild ride!

(New to the series? We’re happy to have you! Check out the archives here.)

“My hypothesis about those different spaces was wrong, surprise surprise.”

Clickbait Boyfriend is trying so hard to get ahead of the plot twists, and sometimes, he resorts to grasping at straws. Or, in this case, swirling colored galaxies which have no real significance. 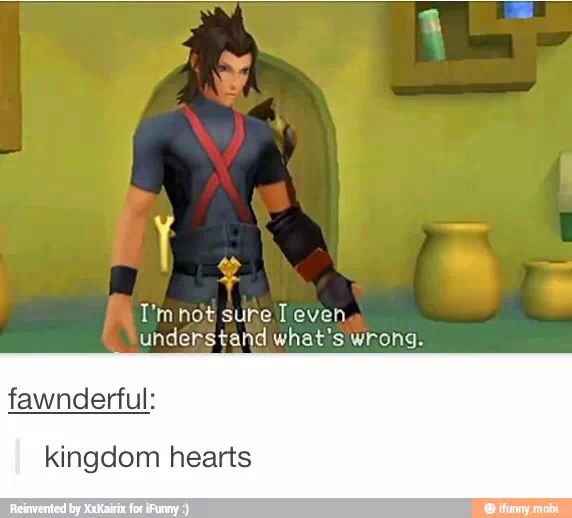 Like I said at the beginning of this season, it’s a running theme.

“Apparently there is some sort of linear progression of time between worlds?”

Clickbait Boyfriend has attempted to untangle how time works in the Kingdom Hearts universe before, with inconclusive results. Hercules appears about ten years younger in Birth By Sleep than the first Kingdom Hearts, as do (spoilers!) the Destiny Islands kids, so it seems like time passes at the same rate in Olympus as on the Islands. Can we extrapolate that data to all of the other Disney worlds? Further research will be required. The games themselves require a detailed timeline, so the internal clock must be a really tangled web

“They must have felt really trapped with this music.”

-on the Olympus theme

Will they remix it for Kingdom Hearts 3? Or stick with this golden oldie?

“There are gonna be barrels involved, aren’t they?”

As it turns out, barrels are a later edition to Phil’s fitness routine. His old-school training plan is a high intensity workout featuring urns. “This is the point where Herc having a dissociative identity disorder better fits what’s been going on than him being a god.”

-on Hercules explaining his origin story

I don’t know, there’s people running around with giant keys and a talking goat man, so Hercules having a god dad seems pretty tame by comparison. 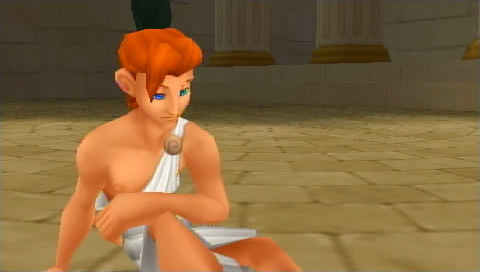 Herc is disappointed CBB doesn’t believe in him.

-on the reveal of Zack

Fun fact: I had no idea who Zack was when I was first playing through Birth By Sleep. I’m still sort of confused about why Square decided to just throw him in here. Why not create more loose ends to tie up someday…or not, who knows? 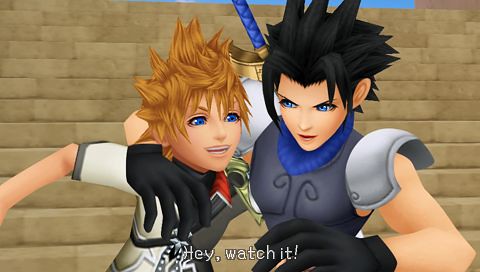 “Watch it! You’ve left me hanging!”

“Do not tell me that in Kingdom Hearts 1 and 2  those ducks are more than ten years old. Unless Donald is like 200 years old.”

-on Huey, Dewey, and Louie

Time rears its ugly head once again. Huey, Dewey, and Louie are either afflicted with some form of duck dwarfism, perhaps brought on by a diet of nothing but ice cream, or years pass at a much slower rate in Disney Town. The latter sounds more reasonable, until you consider that these three young waterfowl were running a business of their own in Traverse Town ten years later. Did their refugee status give them maturity beyond their years, or do they just look tremendously young for their advanced age? How has no one asked Nomura to explain this??? 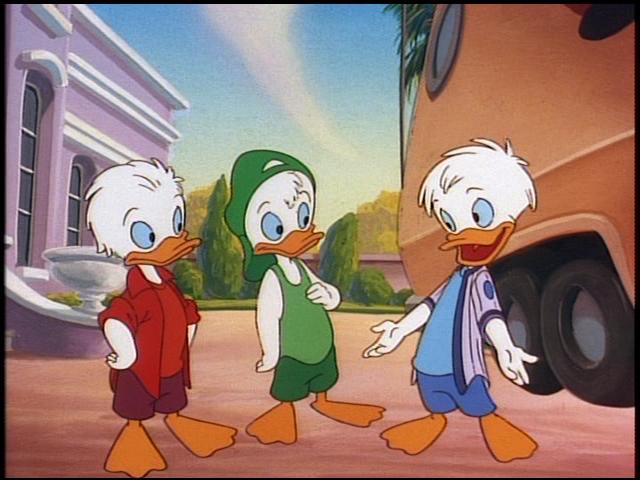 They should look more like this in Traverse Town.

If you’ll recall from the Kingdom Hearts 2 season of Clickbait Boyfriend, CBB is not fond of rhythm games. 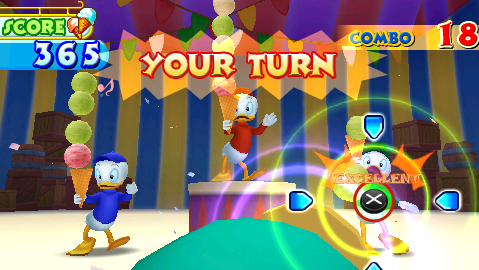 Bonus CBB Paraphrase: It seems like the ice cream machine is working just fine. How would this game fix it?

“What is this hell of It’s a Small World After All?”

I’m starting to notice that Clickbait Boyfriend has a lot of opinions about the Kingdom Hearts soundtrack. I should have expected it from Talk This Podcast’s resident guitarist, but he’s got a lot of feelings. To be fair, the Disney Town theme is not the finest entry into the video game music canon.

On a side note: Iive gotten “It’s a Small World After All” stuck in my head just in the thirty seconds I’ve been typing this paragraph.

Honestly, the ride would make a decent template for a world.

“I had forgotten how racist the original Peter Pan is.”

There’s not really much you can do to edit it out, but all of the “Indian” references have not aged well. Also, if we’re going to be offensive, we can’t at least get a Tiger Lily cameo for some POC representation?

-on using player power for darkness

I know what you’re thinking, reader. “This quote is from a Vine that I haven’t thought about in years,” you muse. “What is it doing in the middle of Clickbait Boyfriend?” For context, here is the clip in question:

There’s nothing funnier than little kids saying crazy things! This is a universal truth. We all know this. What you might not know (great segue, me!) is that Kingdom Hearts: Birth By Sleep has an under-the-radar, completely unnecessary capability which allowed Clickbait Boyfriend to combine his love of Vine with his adoration for Final Fantasy/Disney crossovers. Yes, I’m referring to the ability to rename your finish commands. Now every time he completes a combo, Ventus smells like beef. I’m not quite sure why the developers included this feature in the game, but it sure has brought Clickbait Boyfriend a bizarre amount of joy.

To be fair, I’ve used my naming power to create Champ McDude and My Dudes, so perhaps I shouldn’t cast the first stone.

“In Kingdom Hearts 2, do Donald and Goofy ever meet Roxas? Because if they did, they’d be saying, ‘sure looks like that guy we met ten years ago.'”

Donald and Goofy have never been the brightest bulbs, but to my memory, they never crossed paths with Roxas in Kingdom Hearts 2. Let’s give the poor dudes some credit. 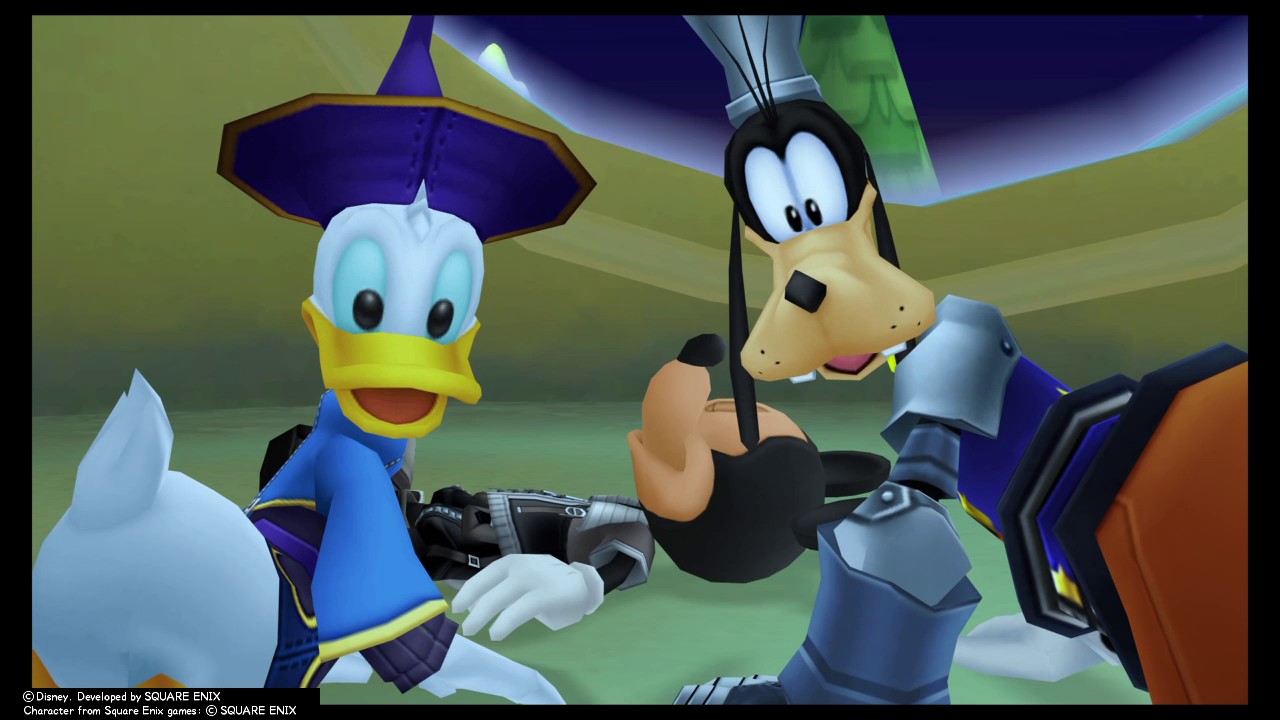 “Did Ven just have the guts to say no? Like, ‘I met this guy for five minutes once, so you have no right to go save him?'”

…and Donald and Goofy let him! I take back the credit I just gave. Ven is literally pure light, so I guess that’s a workable excuse for literally telling the king’s top military advisors to f#*k off, but why Donald and Goofy decided to entrust the life of their monarch to a pre-teen is anyone’s guess. 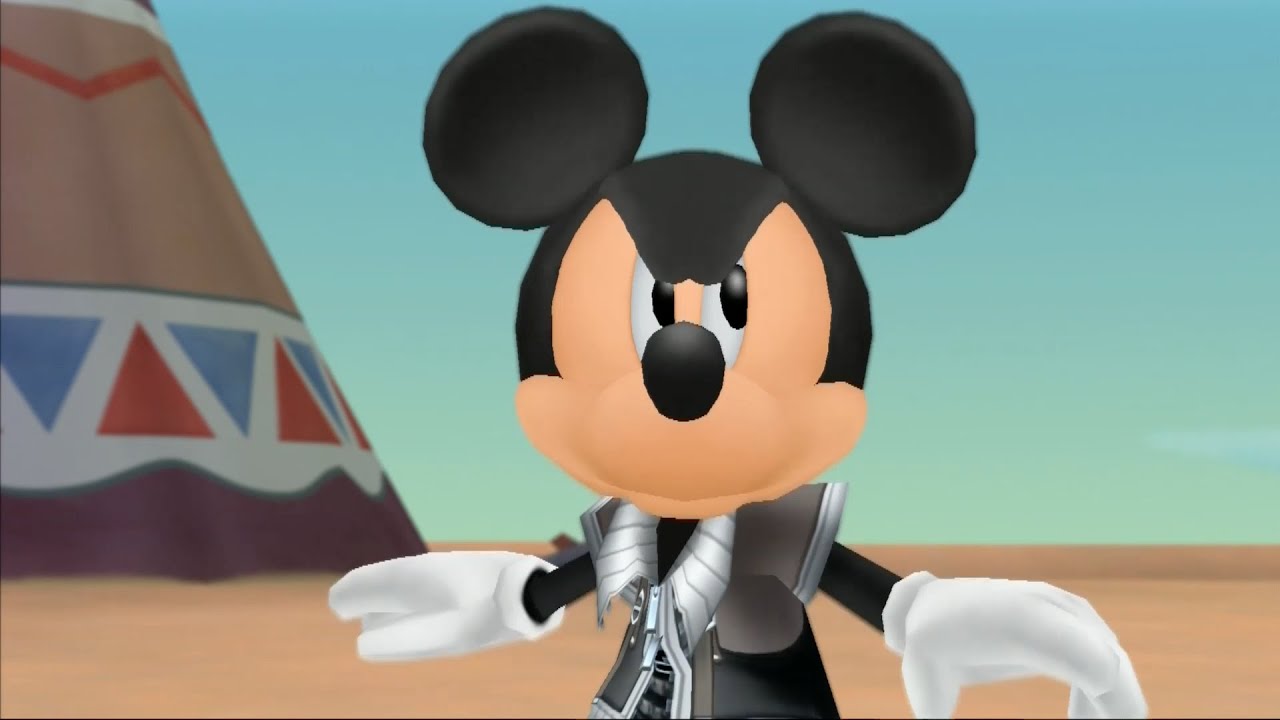 Even Mickey seems a little suspicious of this plan.

Not that it was particularly surprising to anyone who looked at the guy. Unless you’re Terra, Aqua, Ventus, or Eraqus, of course.

Next time: The end of Ventus’s storyline! Will Clickbait Boyfriend find the key (or chi) to understanding the series?

← Episode 43. Nancy of Thieves
Split Screen: Beaches and Pros (and Villains Getting Froze) →