“This is gonna suck so bad.”

-Clickbait Boyfriend, not referring to this blog!

Hello, Clickbait Boyfriend fans old and new! Welcome to the latest edition of our Kingdom Hearts: Birth By Sleep adventures. We’re knee-deep in Terra’s story now, almost halfway through the game, and Josh has got some thoughts in this blog! We promise, as I used to say about my soccer goalkeeping skills at age ten, it won’t totally suck.

For reference, the intro quote is actually about the Command Board. I actually like playing the Command Board; it’s the closest I’ll get to Kingdom Hearts Monopoly. But Clickbait Boyfriend does not have high hopes.

(New to Clickbait Boyfriend? Welcome! You can catch up on all of Josh’s crazy adventures here.)

“Ven is my friend and I’m happy to give him as much GP as he wants.”

-on generosity of spirit

Looks like Clickbait Boyfriend learned something about the power of friendship while he was playing as Ven! He gives away GP out of the kindness of his heart, not because he’s losing!

And my personal bank!

“That moment when you realize hearts are actually organs.”

After that little mini-game detour, we’re back to the story! Evidently neither Terra nor the Evil Queen spent their senior year coloring anatomical diagrams in sixth period like I did, because there is no confusion about what needs to come back in that box, and it is not a fist-sized muscle. Sidebar: do people in the Kingdom Hearts universe have physical hearts in addition to their mystical-soul ones?

The original logo for the series

“Let me guess, there’s going to be an oversized boss when I get back. Maybe shaped like a mirror.”

Hey! There’s only supposed to be one all-knowing disembodied head here! 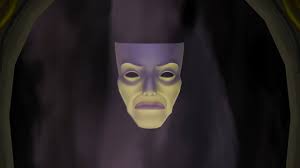 The magic mirror is pissed because its out of a job.

Not a bad description for the entire series. 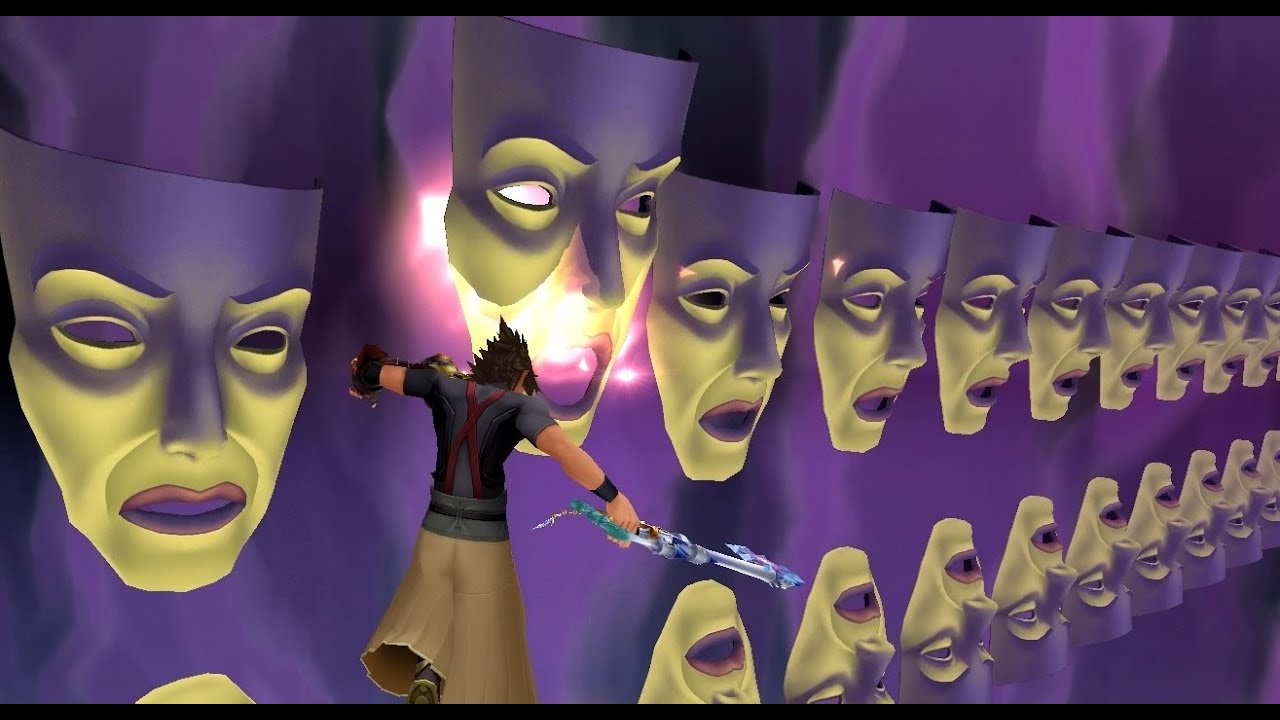 But yeah, this moment especially.

“I don’t like those virtual moogle shops. I want a real, flesh and blood moogle.”

-on craving connection in a digital age

This obsession has gotten out of hand. 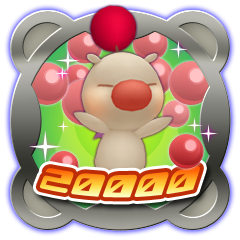 “I hate that he calls him an old coot.”

-on Braig’s preferred moniker for Xehanort

It does make you wonder what Braig calls him in the original Japanese. Do all languages have a word for “coot.” Asking the deep questions here.

“What was his name in Kingdom Hearts 2? Gaxirb?”

Not quite, but that would fit pretty neatly in with the rest of the Organization.

“Look at all that blocking I did!”

Clickbait Boyfriend’s playstyle has leveled up! I’ve got tears in my eyes, I’m so proud of him. -on finally getting some answers

Clickbait Boyfriend has been so desperate to finally get some answers in this game. Well, here you go! These are the answers you were looking for, right? How Xigbar got his scar? A revelation!

“Oh, a racing game in Kingdom Hearts. Why wouldn’t that be fun?”

Clickbait Boyfriend is really hating on trying new things. First the command board, and now some heavy Rumble Racing sarcasm? Where’s your sense of adventure?

“This dude sucks at acting so bad.”

Emma’s theory is that the voice direction in Birth By Sleep is just substantially worse than in the other entries in the series, but that’s no excuse for Jason Dohring’s performance as Terra. I know video game voice actors have it rough, and they frequently don’t get to see the script until they enter the studio. Still, I genuinely believe that any member of the Talk This team, including completely untrained performer Clickbait Boyfriend, could bring more life to Terra’s lines than what’s in the game. His flat acting makes you think about how corny the whole thing is, and that’s bad, because Kingdom Hearts is super corny.

To summarize, Jesse McCartney is easily the best voice actor in this cast. Jesse. McCartney.

How to express any emotion with my voice, apparently

“Easy. I’m gonna get this first try no problem. Piece of cake. When have I ever sucked at Kingdom Hearts minigames?”

Clickbait Boyfriend does not have the best track record on the minigame front. Remember Atlantica from Kingdom Hearts 2? Because he sure does, and will tell you all about how much it sucked on the slightest provocation.

A sample of past minigame struggles

“Disney Town is split into three separate timelines! That would be a classic, overly complicated Kingdom Hearts storyline!”

-on the winner of the Million Dreams Award

CBB and I were really puzzled by this one. Each time either one of us reached Disney Town in our respective play-throughs, we were treated to a cut-scene of our current protagonist being awarded the Million Dreams Award and sampling a custom ice cream. These scenes, frankly, made no sense. How could Terra, Aqua, and Ventus each individually accept the award on behalf of the trio and watch Minnie Mouse cast Pete into oblivion? It seemed like a deeply confusing turn of events, even in the deeply confusing maelstrom that is the plot up to this point. Naturally, Clickbait Boyfriend came up with the quoted conspiracy theory, because that’s what he does.

Later, we consulted with Emma, and realized the source of our confusion. Because Talk This NYC HQ’s PS3 is a hand-me-down from Emma, it already had some of her completed save data stored when we started playing the game. The Disney Town cutscene is only supposed to play once you’ve completed all three character arcs, but since we had some pre-beaten characters, it played every time for us. For once, Kingdom Hearts is less complicated than it seems .

But which one is canon???

“All the other mysteries? Disposable. But how did Pete and Maleficent hook up? That’s what we wanted to know.”

-on a lack of gratitude

You’ve been begging for answers, dude. Here they are. Take what you can get.