He’s learning! We’ll make a real fan out of him yet. Welcome, readers, to the penultimate edition of Clickbait Boyfriend: Kingdom Hearts 1 Edition. Appropriately for Talk This, we’ve got some sidequests to wrap up before we dive into the real endgame. But fear not! There’s the same amount of hilarity in store.

(PS- You can catch up on past entries here.)

-on gummi travel, part one thousand

Josh never fails to make some dig about the gummi ship whenever he’s forced to actually play a space level. The side-by-side comparison is pretty undeniable though: 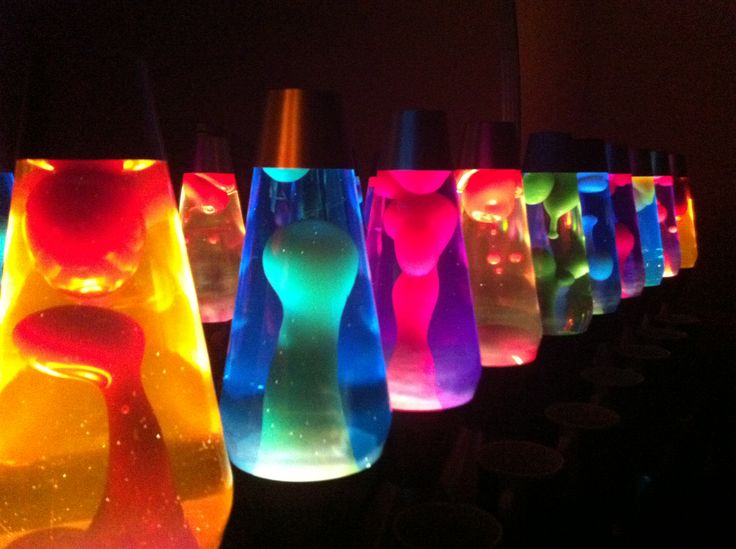 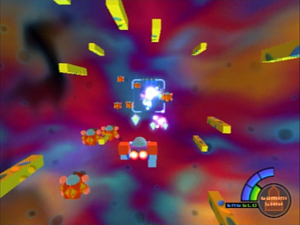 “There is a move that I have never and probably will never use.”

Josh may be getting better at the game, but his strategy is not what I would describe as nuanced.

-on gummi travel, part one thousand and one

More specifically, he’s referring to Leon’s explanation that Sora would be unable to get back to Hollow Bastion via the same path. But let’s get meta here: what’s the point of the gummi ship in the game? Gameplay-wise, it’s a huge break from anything else you do throughout your journey, and it has absolutely no impact on the rest of the story. It’s not particularly challenging or exciting either. It adds nothing except for time to the game, something Kingdom Hearts doesn’t really need. So what’s the deal, Square Enix? Did someone on the development team just have a burning desire to make an over-budget Galaga? It’s bizarre.

Whose idea was the gummi ship anyway?

“I wonder if it’s rose scented as well.”

That’ll drive the Heartless away.

This picture is compatible with SmelloVision smart devices.

“Look at its muscular ass.”

I suppose this is another entry into the Kingdom Hearts Hotness Continuum, but I don’t even want to try to compare Heartless booty to ducks and gorillas and Final Fantasy characters and whatever the heck else is on there at this point. 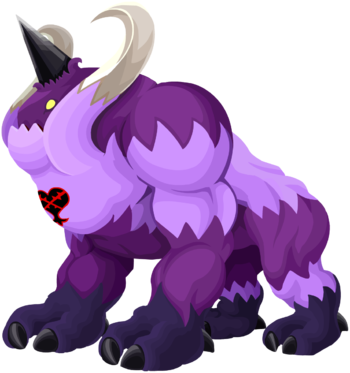 This is the best visual I could find.

“Optional bosses? Who’s ever heard of those?”

“Kurt Zisa” has 70,500 hits on Google, so it’s a fair bet that at least a few people have. Coincidentally, that’s roughly the same number of hits Sora took in this fight as Josh was handed a crushing defeat.

“Did anyone study whale anatomy before making this game?”

Josh has started the level grinding extravaganza which is returning to all the previous worlds to track down trinities, puppies, and other secrets. Maybe the biggest secret of the game is how the heck Monstro’s organs function. What are these mysterious chambers? What do they do? Has a diet of nothing but gummi ships and Heartless caused it to completely mutate? Here’s hoping Kingdom Hearts 3 provides some answers. This is not what a healthy whale should look like.

“Am I doing any damage to this thing?”

-on the Clock Tower Phantom

We briefly thought that the final chest of Dalmatians was at the Neverland clock tower, and that Josh would have to defeat the Phantom in order to rescue the puppers. He tried a few times and got his butt kicked. I cannot confirm whether his failure is related to his decision to give up the staff at the beginning of the game, but it seems plausible. Apparently, they moved the Dalmatians in the clock tower for Final Mix, so the poor doggos were saved regardless.

-on emotional preparation for a ??? boss at Olympus

This is the main reason we keep candy around the house at all times. It’s versatile and appropriate for all occasions.

“I don’t think I’m going to try that one again.”

Time for some chocolate!

“What about people with my play-style, who don’t use guard?”

Josh took a break from Sephiroth by taking on Ice Titan. In this boss battle where guard is absolutely essential, guess what he had unequipped? He lasted a little longer than against the One-Winged Angel, but just barely. 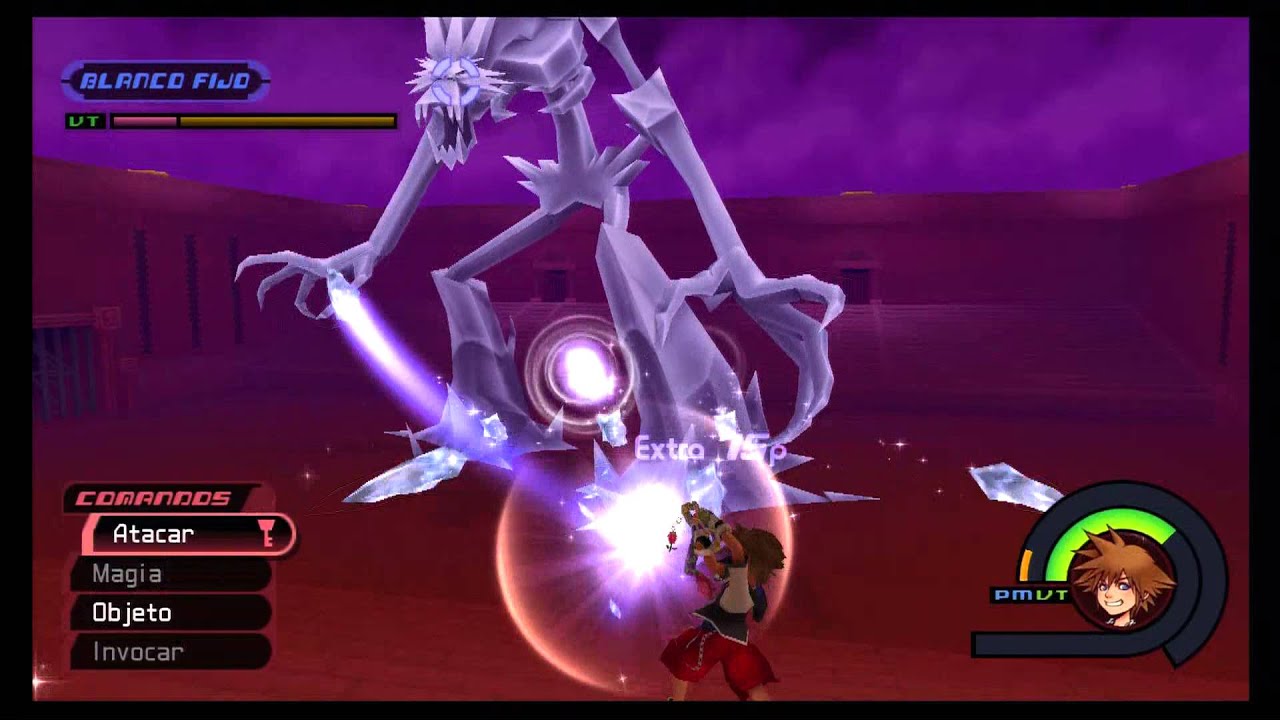 Guard is the universal language.

“Well, that is never ever ever happening.”

He did try it one more time.

“Yessssssss, this is a monumental occasion.”

-on collecting all 99 pups.

Finally, some success for Josh! This edition has been unusually failure-heavy.

I guess a lawsuit is impending, Square Enix/Disney.

-on the Dalmatians’ House 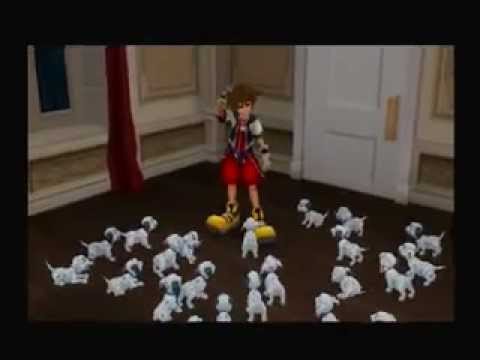 “Is that supposed to be the prize for my work? The complete gummi collection?”

You know, it does seem a little bit anti-climactic. My new working hypothesis is that somebody on the development team absolutel loved the gummi ship levels. That’s why they made it into the game, and that’s why the ultimate prize for rescuing every single Dalmatian is just a bunch of multi-colored bricks. Because some idiot was like “look at this cool space level thing I made! Isn’t it the best part of the game, guys?” and they were all too afraid of offending this guy so they said yes, and now it has to be in every game.

But seriously, the Aero upgrade you get for something like 50 pups is way more useful.

Looks pretty fun to me!

“Do you remember the last time I tried to build a bad-ass ship, Madelyn?”

This didn’t make it into the blog, but Josh did try to upgrade his ship from the basic Highwind model somewhere around Agrabah and couldn’t figure out the controls for the gummi editor. Despite today’s opening quote, we’re back to the theme of “Josh failing to do stuff.”

“Why was this the most coherent story including the main story? I think I learned a valuable lesson about the value of friendship today.”

-on the Hundred Acre Wood

Let’s end this edition on an uplifting note! I’ve always had a real soft spot for the Hundred Acre World in Kingdom Hearts. Maybe it’s my stereotypical feminine preference for story over gameplay, but I agree with Josh that it has a nice, contained little journey that manages to actually be really heartwarming. Something about Sora having friends waiting for him there always just makes me just a tiny bit teary-eyed.

It’s the calm before the storm though, because next time on Clickbait Boyfriend, it’s the endgame edition. Will Josh actually finish the game? Find out next time, along with endless boss battles and what Kingdom Hearts….is. 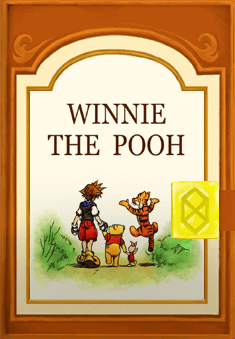 ← 10 Thoughts in 10 Hours: Emma Plays Persona 3 Portable
Buzz This: Which Game Was Inspired by Your Life Story? →