After another long hiatus, Watch This is back! Things have finally settled down enough here at the New York office of Talk This (AKA my apartment) for me to gather my thoughts about our inaugural case study, FInal Fantasy XIV: Dad of Light. Maybe someday soon it’ll be calm enough for me to tackle our backlog of incomplete show notes. Ha! What an idea.

If you’ll journey back with me to the beginning of the Watch This series, you’ll recall that it was inspired by our sidequest episode about video game movies. I argued against these adaptations being a good idea, but in reality, Emma and I seemed to agree on a more nuanced position. The current canon of video game movies is, on the whole, pretty bad, that’s for sure. But perhaps the problem wasn’t with video game movies as a genre, but with the way those movies were being made. Is there a way to build a better adaptation?

Thus, Watch This was born. Each entry serves as a case study for my informal research into what makes a successful translation of a video game into another medium. I chose the inaugural test subject; Dad of Light, based on the very scientific reasoning of “this sounds ridiculous.” I was sure that DoL could only score points in my favor, proving that I was right in the debate, and the genre was doomed. Some have called me a very competitive person. I cannot confirm or deny this.

And yet, Dad of Light actually gave me more hope for the genre than despair. I would have been upset that my hypothesis was faulty, but I was too busy having my heart warmed. The show is short and sweet, and it makes a good case for how video games can feature successfully on the small screen.

Here are my big takeaways from Dad of Light:

The “family of gamers” dynamic has been under-explored in TV and film.

Television loves nothing more than stories about unconventional families. Look at your favorite show, more likely than not, you’ll find some kind of ragtag crew at the center. Sometimes they’re related by blood, sometimes not, but family is the foundation for many of television’s greatest hits. Even reality TV fits this framework; what family is stranger than the Kardashians?

Yet, we rarely see this format expanded to include video game “families.” Only The Guild comes immediately to mind (another show which should probably get a Watch This feature eventually). A lot of what I liked about Dad of Light was the in-game interaction. We never learned too much about Akio’s other virtual companions (except in the very bizarre final bonus episode), but it was fun to watch him and his dad interact in the game. It’s icing on the cake that not only are they Final Fantasy family, but real-life family as well. As someone who grew up playing video games with my dad, that was particularly sentimental for me.

Although, as a reminder, although Dad of Light is all about family, it is not super family-friendly:

The idealized MMORPG world is an appealing setting.

As I said above, the machinima portions, AKA the parts of the show that are actually “filmed” in the video game, are unique and fun. They’re not always the most artfully composed or visually stunning (it was particularly jarring to hear the players rave about the incredibly beautiful FFXIV world when it came across as pretty low-tech and ho-hum on the television screen). But I was struck while I was watching with all of the fascinating possibilities for stories to be told in MMORPGs, and how few shows have attempted to explore these creative paths. Frankly, I’m ready for more.

A sidebar: I’m very aware that the supportive relationships and welcoming environment depicted in Dad of Light are not the norm in the MMORPG world (to put it mildly). The show is based on a true story, so maybe gamers in Japan have a different temperament, but most of the stories I read about online play are about horrifying racism, sexism, and generally disgusting behavior. Would I be interested in a show that explored this world and acknowledged the systemic problem of online harassment? Of course! I would watch the heck out of that show! But I don’t think that the dark reality precludes shows like Dad of Light from creating a friendlier, if less accurate, online realm. After all, we don’t expect Law and Order or CSI to show the painful realities of police brutality, or Grey’s Anatomy to depict its female doctors and nurses being sexually harassed by patients on a daily basis. I’m all about art that makes a statement (that’s my non-Talk This day job), but there’s still space for pure entertainment too.

In my non-Watch This TV time, I’ve also been doing a rewatch of Community  and making my painfully slow way through Stranger Things (which probably deserves a mini Watch This feature of its own. Is season two just one huge riff on Dig Dug?). Let’s be honest: I finished Dad of Light months ago now. I also recently finished a second viewing of The IT Crowd. I would recommend two of these shows to anyone and everyone. I’ll let you guess which. But more to the point, all three of these shows feature the classic tabletop RPG Dungeons and Dragons. Confession: I am a sucker for a good D+D episode. It almost always makes for interesting character exploration and some hilarity to boot. Sure, some of those jokes are usually centered on how dorky D+D is, but we’ll talk about that in the next section. TLDR; I generally associate Dungeons and Dragons with quality TV.

Not that I’m eager to watch a series that looks like this.

It took me what in hindsight was an embarrassing amount of time to connect the dots between my fondness for Dungeons and Dragons and my unexpected enjoyment of Dad of Light. Of course an online RPG would serve as a 21st century version of the tabletop classic!

It is awesome when a series treats video games as more than a punchline to a joke about nerds.

I cannot emphasize enough how important this is. Dad of Light is not a classic TV show. Normally, I’d probably give it a lukewarm review at best. But the fact that it treats video games seriously bumps it up much higher in my estimation. 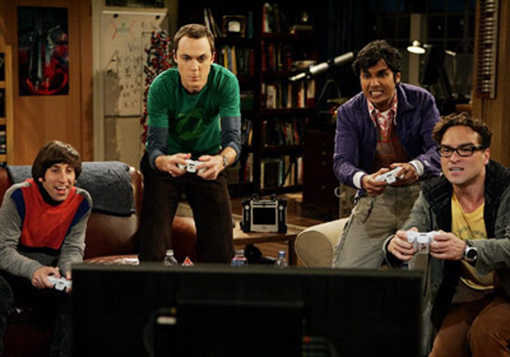 Akio and his dad are both relatively successful adults and they play video games. These things do not have to be mutually exclusive. More people play video games than teenage boys and slackers who don’t have a job and live with their parents (yes, I know, Akio lives with his parents, but things are different in Japan). Productive, ordinary people play video games too! Sometimes they keep us from being particularly productive, but that’s our choice! I want a more diverse representation of gamers in pop culture! Nerds in the writers’ room, get on this!

Significantly, video games are also shown to have a positive influence on the lives of Akio and his family. As we talked about on this episode of the podcast, games get an almost universally bad rap in the media. Violent games are corrupting the youth and undermining family values, so they say. I’ve never bought into this, for a couple of reasons. As I seem to be repeating every couple of paragraphs, I do think art has the power to change people. Having said that, I’m not naive. You don’t watch a movie and come out of the theater a completely different person every time. Maybe that happens a few times in your life, if you’re lucky. So, I don’t find the idea that playing violent video games can make you violent terribly credible. But even if we grant that video games do have this magical power to transform people, there should be no reason why that magic could only work for evil!

If you’re a very long-term fan on of our Facebook page, you might remember that Emma used to post a weekly Games For Change feature. Both of us believe that video games can be used for good, and there’s lots of proof of that way back in the archives of our page, not to mention all over the internet. So often, this flip side of the coin is completely ignored. But not on Dad of Light! In fact, sometimes DoL is way too on-the-nose in its depiction of the positive effects of video games. Outside of TV Land, it would be eerie if your online gaming provided solutions to your real-world problems on such a regular basis. But it’s so much better to see that outlandish correspondence than the demonization of the entire medium. 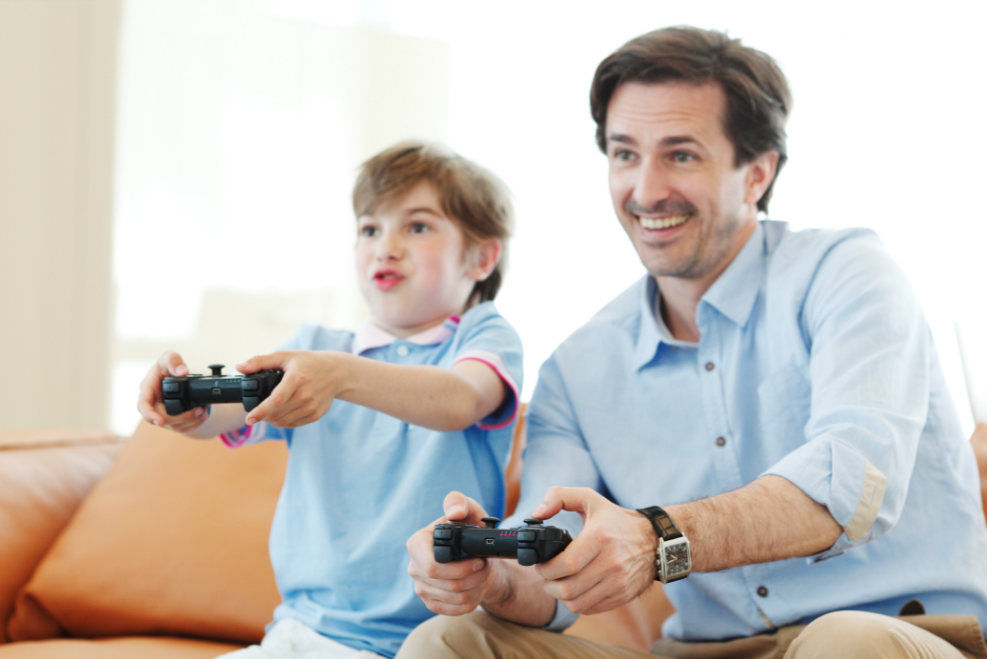 People of all ages, men and women, boys and girls… Still pretty much all white though.

Which brings me to my ultimate conclusion:

Dad of Light works because it is about a video game, rather than a direct adaptation.

…which yes, makes it an imperfect case study. However, it’s still valuable information for my informal study. The presence of video games alone do not a terrible TV show make. Especially if you entered it with low expectations, Dad of Light makes some heartwarming points about the power video games have to bring people together. The industry needs that kind of feel-good PR. We can’t rely on Wii Sports alone to win over the masses.

What’s next in the queue for Watch This, you might ask? I’m tackling adaptations head-on with Castlevania, another Netflix original released this summer, based on the classic game.

← You Won’t Believe My Boyfriend’s Weird Obsession: A Traverse Town Love Story
Buzz This! Which Dream Daddy Should You Date? →