As you might have picked up from the podcast (especially this episode), Emma and I have a real sentimental attachment to Kingdom Hearts. In today’s episode, we talk a bit about how finding someone who loves the same video game as you do is a really special bonding experience. Inspired by that discussion (and by the arrival of Emma’s PS3 at my apartment), I decided that the time had come to take the next step in my relationship. It was the right moment to introduce Josh, resident Talk This guitarist, philosopher, and boyfriend, to Kingdom Hearts. 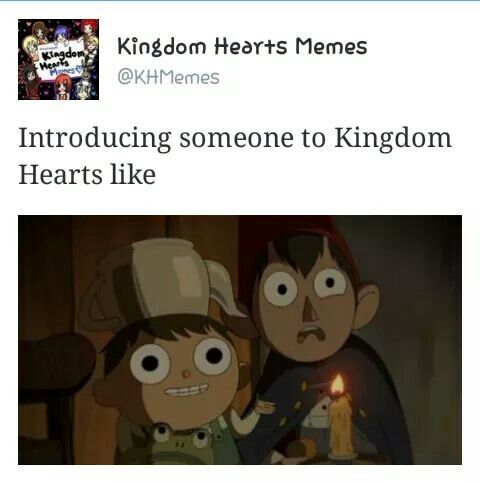 Josh’s family was an Xbox household (ew), so he never got the chance to play Kingdom Hearts as a kid. Naturally, I took that as an opportunity to use him as a guinea pig. Sure, I told him it was a milestone in our relationship, but really, he’s a scientific experiment: is Kingdom Hearts really as good as Emma and I think it is? Or are we just blinded by nostalgia? The following is a collection of candid reactions from test subject J, as he played through his arrival in Traverse Town.

-two minutes into the tutorial

“I wish all my dreams had choral music accompaniment.”

-Near the end of the tutorial.

Josh picked the sword and gave up the staff, if anyone is curious. He was also very confused by the little personality test with his Destiny Islands friends:

“I feel like I’m making some really momentous decisions.”

-Immediately after laughing at “is being number one such a big deal?”

I think the choice-based trend is really messing with his head. In other news, Kingdom Hearts: way ahead of the curve with these decisions!

“Wait, didn’t Emma make a video about this?”

Yes, yes she did. (Update: after watching the video, Josh responded- “Wait, her score was 2-1? What the heck?”)

“This is the first level of the game, so if I’m not winning these fights, I must need to practice.”

“I just locked onto a palm tree, oh my god.”

“What am I doing wrong?” 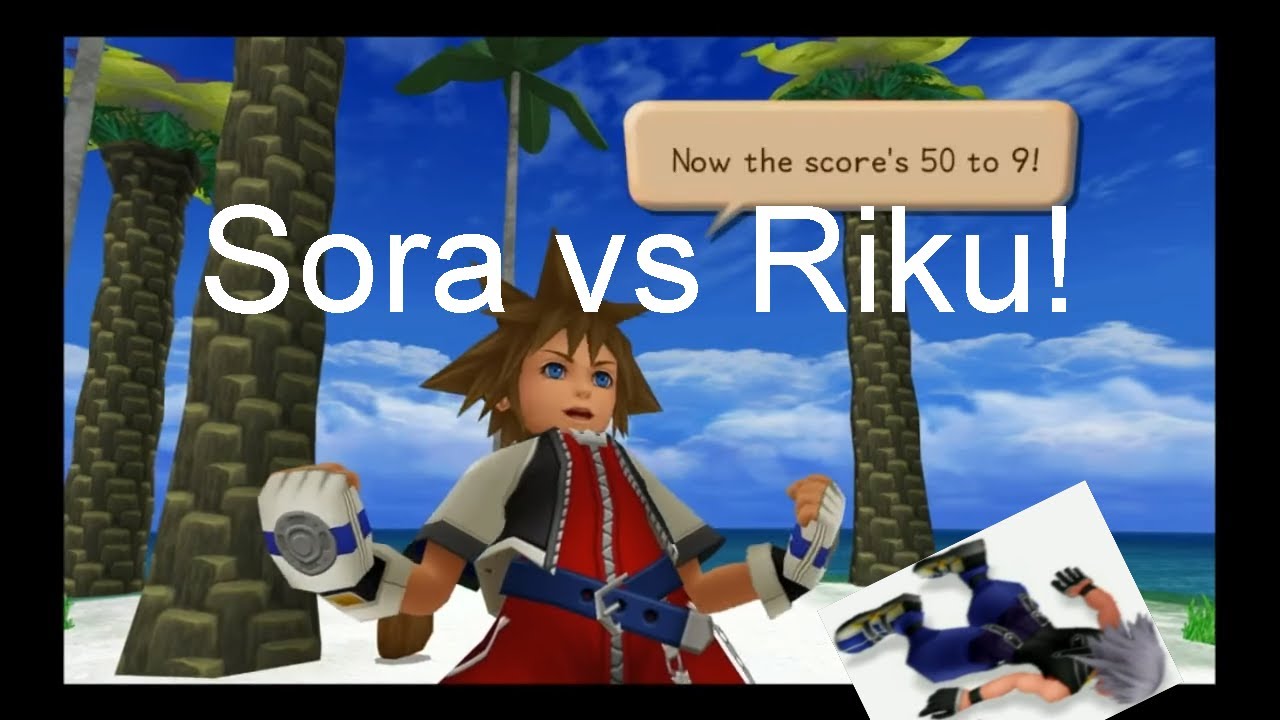 “I literally understand zero of what is going on so far.”

-During the first Donald and Goofy cutscene. 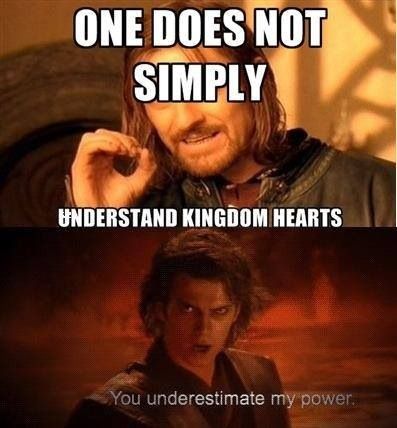 “I didn’t realize it was all cumulative!” 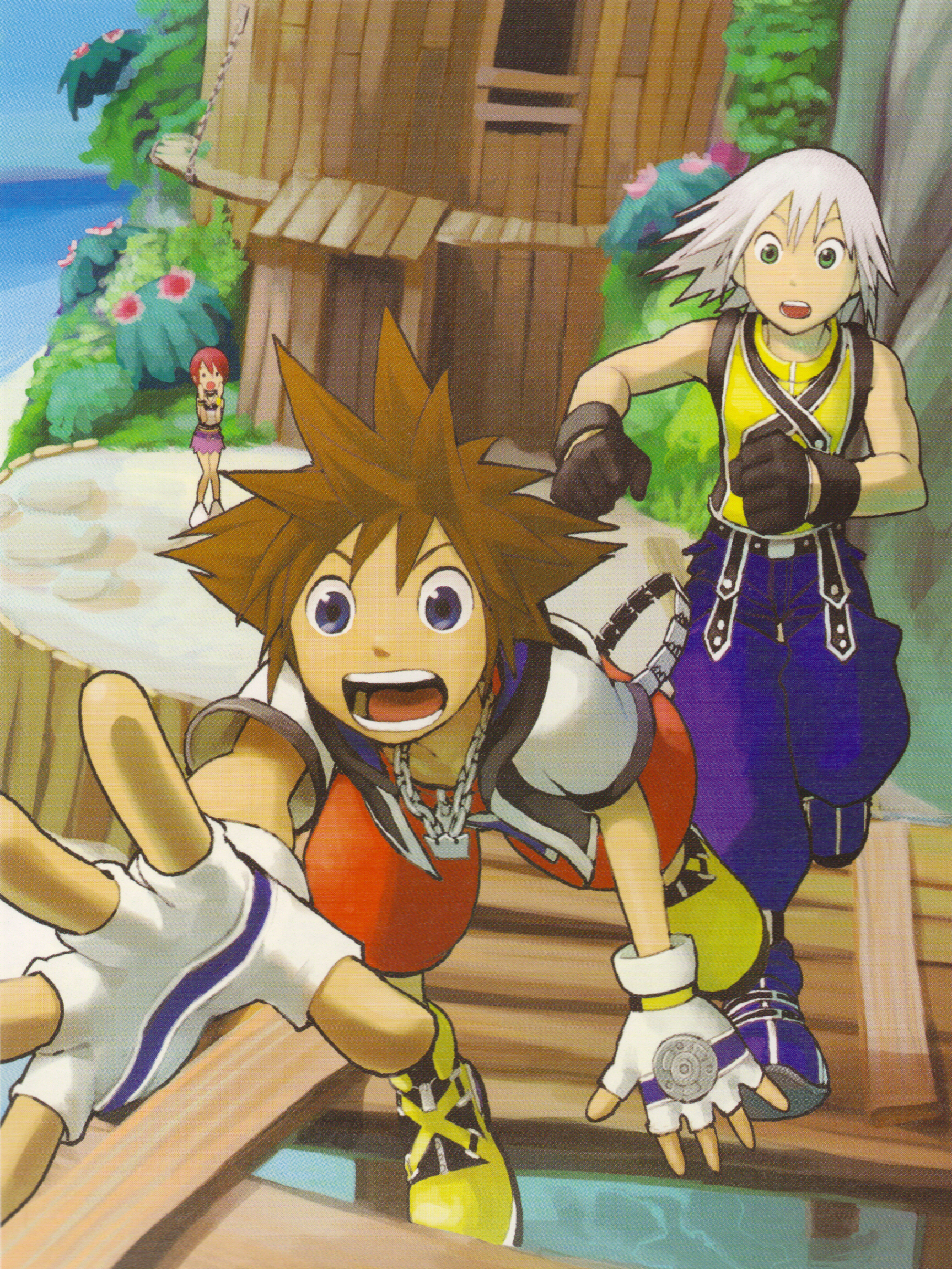 “What a fruity game”

-During the flashback in the Secret Place. Nice pun.

“Why is Daisy Duck kinda hot in this?” -When Sora’s mom called him down to dinner.

“How can I defeat this guy but not Riku.”

-After beating the giant shadow for the second time.

Josh made it to Traverse Town, but we had been playing video games for a long time, so we quit to nurse our screen-headaches. Here are some bonus thoughts from the past fourteen hours or so.

“Emma got to name the raft, what the heck?”

“I wasn’t super impressed so far? I don’t get the hype.” 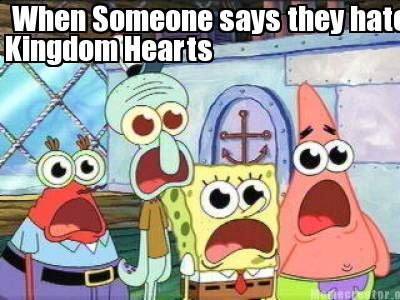 I can’t even let the whole word fit in the image. Still, he admitted that it was probably just that the “hide-and-seek” tutorial was boring. All hope is not lost. If I can get him to keep playing, this will be a series! The experiment continues…