Welcome to the latest edition of Clickbait Boyfriend! Even though Clickbait Boyfriend and I have been in Rome this week, I’ve still got some hot Kingdom Hearts takes to offer! Last week, we bid adieu to Ventus’s story, and now, a new journey begins with Terra! Maybe this time around, CBB will actually gain some new understanding of the plot…or maybe not.

(New to Clickbait Boyfriend? Check out our previous posts here.)

“I was prepared to get my ass kicked right away.”

-on Terra and Aqua’s Master test

The game does set you up to think that you’ll take control of Terra or Aqua in their head-to-head duel, especially if you played Ventus’s storyline first. Unless you remember that there’s nothing the Kingdom Hearts series loves more than a good cutscene. “Emma has wittier quotes than I do.”

Emma was visiting when CBB started Terra’s storyline  I didn’t record her quotes, but I can verify CBB’s assessment.. Don’t mess with the podcast queen.

“I’m always looking for weird name things, but I can’t find any more.”

You know you’ve got a best-selling game on your hands when there is a non-zero possibility that you have a professional wordsmith on staff.

This is why Square Enix needed to call in the professionals.

When will we meet the Denmark Goth Six and hear the Danker Ghost Mix???

“That is such a blatant rip off of Star Wars.”

-on fear leading to darkness

Look, when Mark Hamill is in your voice cast, you’ve got to throw in a few references. Plus, Star Wars is now technically a Disney property, so it’s not out of the question that it exists in the Kingdom Hearts universe. Han would freaking destroy the gummi ship though…unless it’s a Gummi Falcon? So many questions.

Not a preview of Kingdom Hearts 3, to be clear.

“I’m gonna mess up and have no nerd cred: Fear leads to hate. Hate leads to anger. Anger leads to darkness or something.”

-on another fandom focused on light and darkness

Ooof, so close, and yet so far.

“You know what I really miss in this game? The skateboard.”

Skateboards haven’t been invented yet.

-on dying in the very first battle

“What a rookie move.”

-on falling for Maleficent’s tricks

As it turns out, Terra’s judgement is maybe not the best. 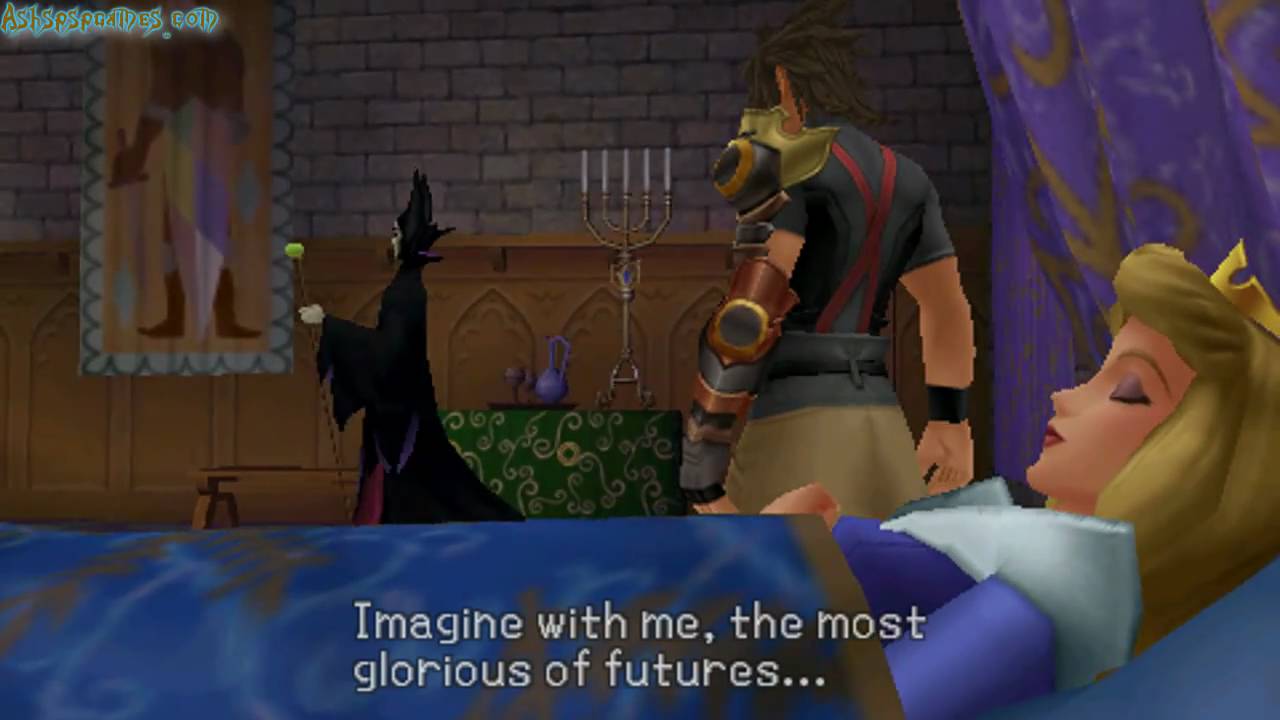 I couldn’t find a gif of it, but Terra’s chest opening animation is pretty darn awkward. Maybe that’s the real reason that he didn’t make Master status. 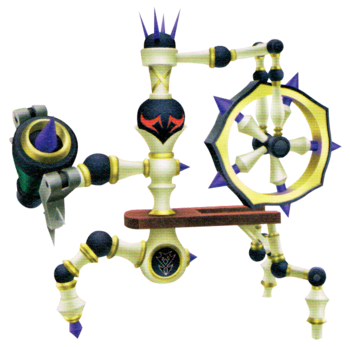 “The music never works for me in these games except for…what’s it called, the jungle one?”

DEEP JUNGLE. HOW COULD YOU FORGET?

Here’s a rock cover, since I’ve linked the original on like three different blogs already;

“Was it called Diamond Dust the whole time?”

Clickbait “Mash the X-Button” Boyfriend has been incredibly resistant to using his commands, so his lack of knowledge is disappointing, but not surprising. 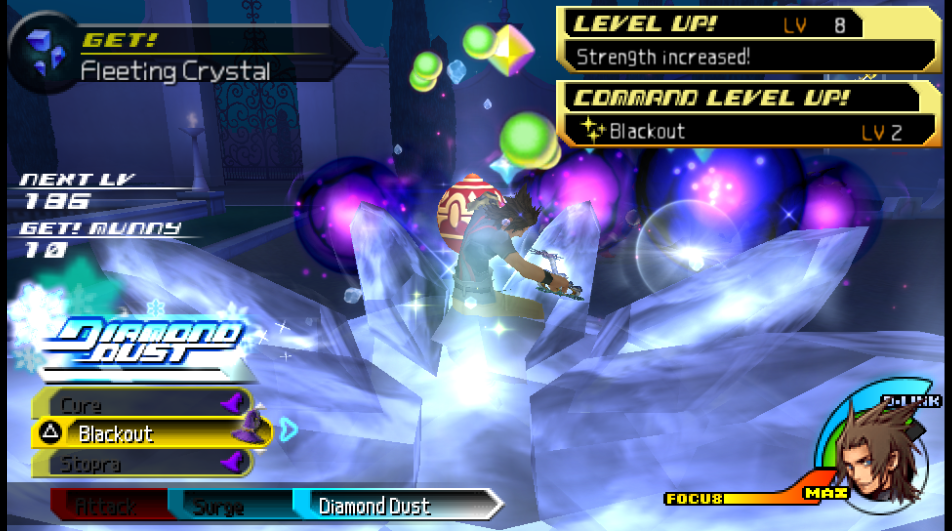 “This is an epistemological clusterf#%k.”

-on Cinderella and believing in dreams

Clickbait Boyfriend found the connection between dreams and belief to be philosophically tenuous.

Look for his upcoming paper “Don’t Believe in Your Dreams: A Defense of Evidentialism” coming soon.

Who came up with this concept, and why is it always so terrible?

This is Emma’s favorite part of the game, and possibly the entire Kingdom Hearts series. Multiple characters comment on the many attendees at the Prince’s ball none of whom appear to exist. It is absolutely baffling! I’m not upset by the lack of NPCs; this was originally a PSP game, so they definitely would have been a waste of time and memory. But Square, why did you call attention to the empty ballroom like this? Why? 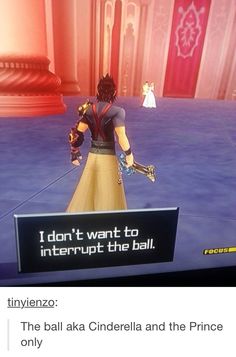 -on the Symphony Master boss 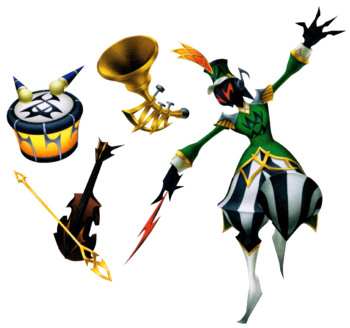 Not to toot my own horn, but I rocked that pun.

“I’m glad I played Ventus first because this would have totally lost me.”

-on being a little less confused than before…maybe

Did you hear that? He’s not totally lost! This is major progress, people! 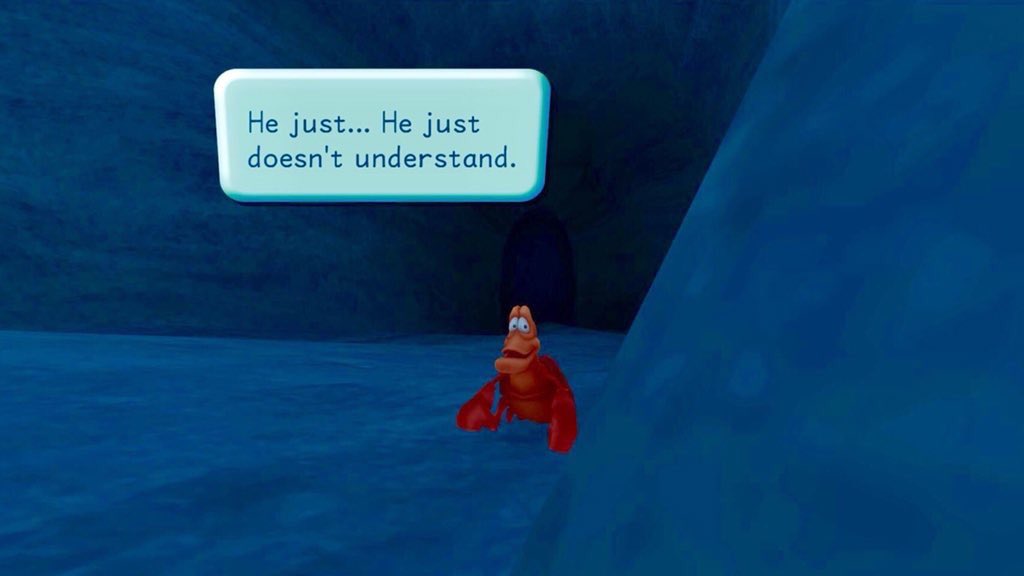 No, Sebastian. He just doesn’t understand…MOST of it.

Next time: Anatomy lessons, mysteries, and the Command Board!

← Buzz This: Which Assassin’s Creed Character Are You?
12 Thoughts in 15 Hours: Emma Plays Octopath Traveler →