Thanks for clicking over to this week’s edition of Clickbait Boyfriend! Josh is making steady progress through Terra’s story Kingdom Hearts: Birth By Sleep which means not only do I need to start preparing my bank account for our inevitable PS4 purchase, but also that we’ve got some fun and bizarre new quotes for you today! This edition happens to feature a lot of adult language, so we’re rating the blog T for Teen and Terra (but let’s not get confused with the Teen Titan Terra here!). But E for Everyone should get excited for some Kingdom Hearts craziness!

(First time reading Clickbait Boyfriend? You can check out all the posts in the series here.)

“The one time I think I’m actually going to do some magic, I get countered like a b!*&h”

-on the perils of trying new things

Part of growing is sometimes falling flat on your face. Better luck next time, Clickbait Boyfriend!

Nah, he’s not very good at this game.

“This is so hard! This is the hardest thing in the game so far!”

–on the Olympic Games

Normally I would make fun of CBB for his whininess, but I had a really hard time with Olympus Coliseum when I was playing as Aqua. Granted, I was on Proud Mode and Josh is on regular, but we don’t shame people for their difficulty levels of choice here! It shouldn’t be surprising: being a hero is tough! 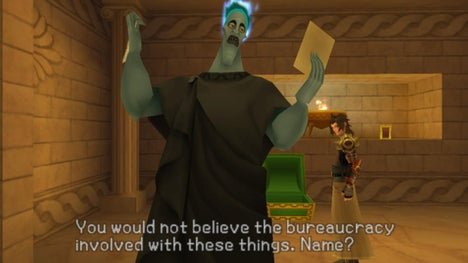 How do the Heartless and Unversed enter the tournament anyway?

-on finally reaching round nine

After two and a half games, this could be the moment that finally breaks Clickbait Boyfriend.

Tag yourself: Kingdom Hearts is Hades and CBB Is Sora

Believe it or not, I did actually die more than once facing the last round of Unversed as Aqua. This is a shame I must carry with me always. On a lighter note, did you know that the official name of these weird little creatures is the Jellyshade? 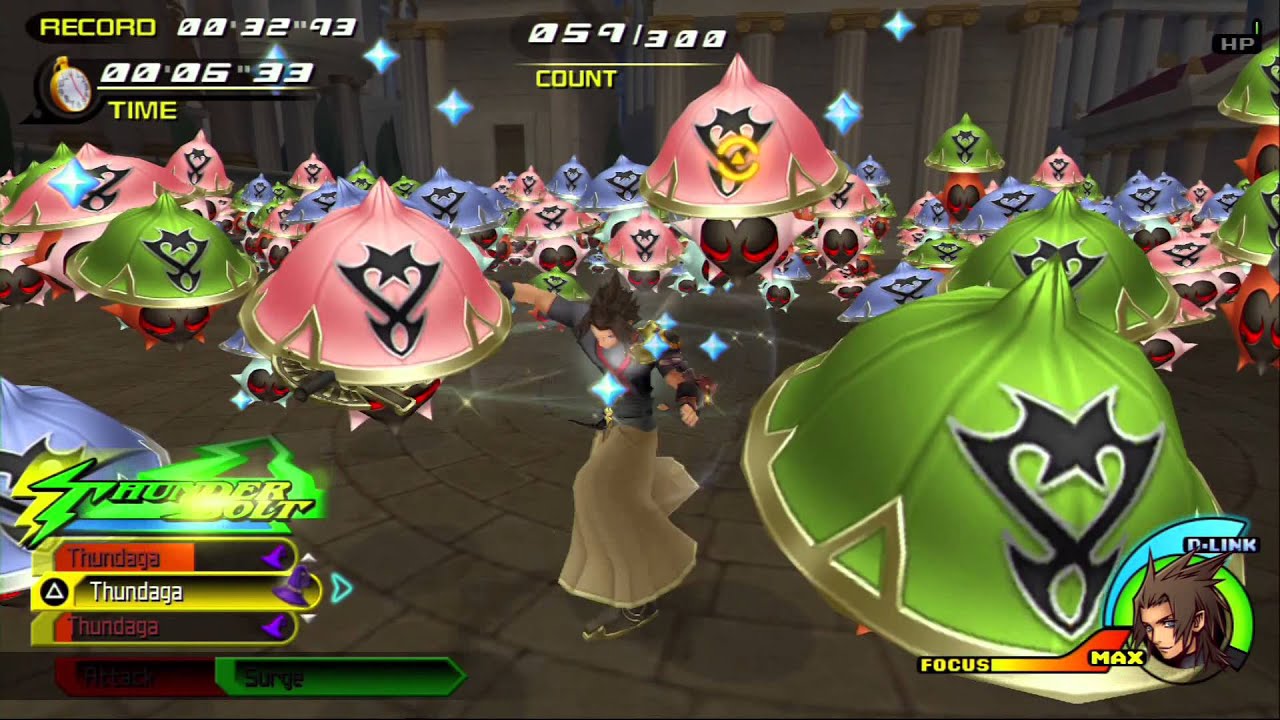 The silly name makes them cuter.

“Where the f#*k is that coming from? They had two options. One: don’t add in an unnecessary sound effect that calls attention to how unrealistic your environment is. Two: add in said sound effect.”

This is Cinderella’s Ball all over again. Let’s roll the tape.

WHO IS RESPONSIBLE FOR THIS? IT MAKES NO SENSE!

“It gets fat, explodes, slo-mo on me doing nothing.”

One of Clickbait Boyfriend’s favorite parts of the Kingdom Hearts series is the climactic end-of-battle slow motion effect. It really adds some gravitas to that final blow…unless the final blow is a Belly Balloon blowing up. 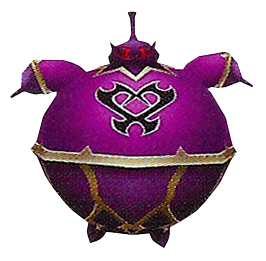 “Now if I had a Portal gun, this would be a lot easier.”

Don’t get me started on Portal. The platforming in Deep Space is rough, but I don’t think it would be any better for me with a portal gun. I’ve been playing as much of it as I can stand at a time for the past few weeks, and Josh will actually be taking the reins with a Portal Clickbait Girlfriend guest blog soon!

In the meantime, here’s a crossover.

-on absolutely necessary additions to the game

At the risk of sounding one-note: WHO IS RESPONSIBLE FOR THIS? IT MAKES NO SENSE!

Why did we replace the perfectly good trinities and lost puppies with this nonsense?

“Terra doesn’t really have a butt. He’s just generally a muscular guy, so I was expecting a badonk.”

It’s been a while since we’ve checked back, but where does Terra fall in the Kingdom Hearts Hotness Continuum? Is he above or below Daisy Duck? What about the Behemoth’s quote “muscular ass?” 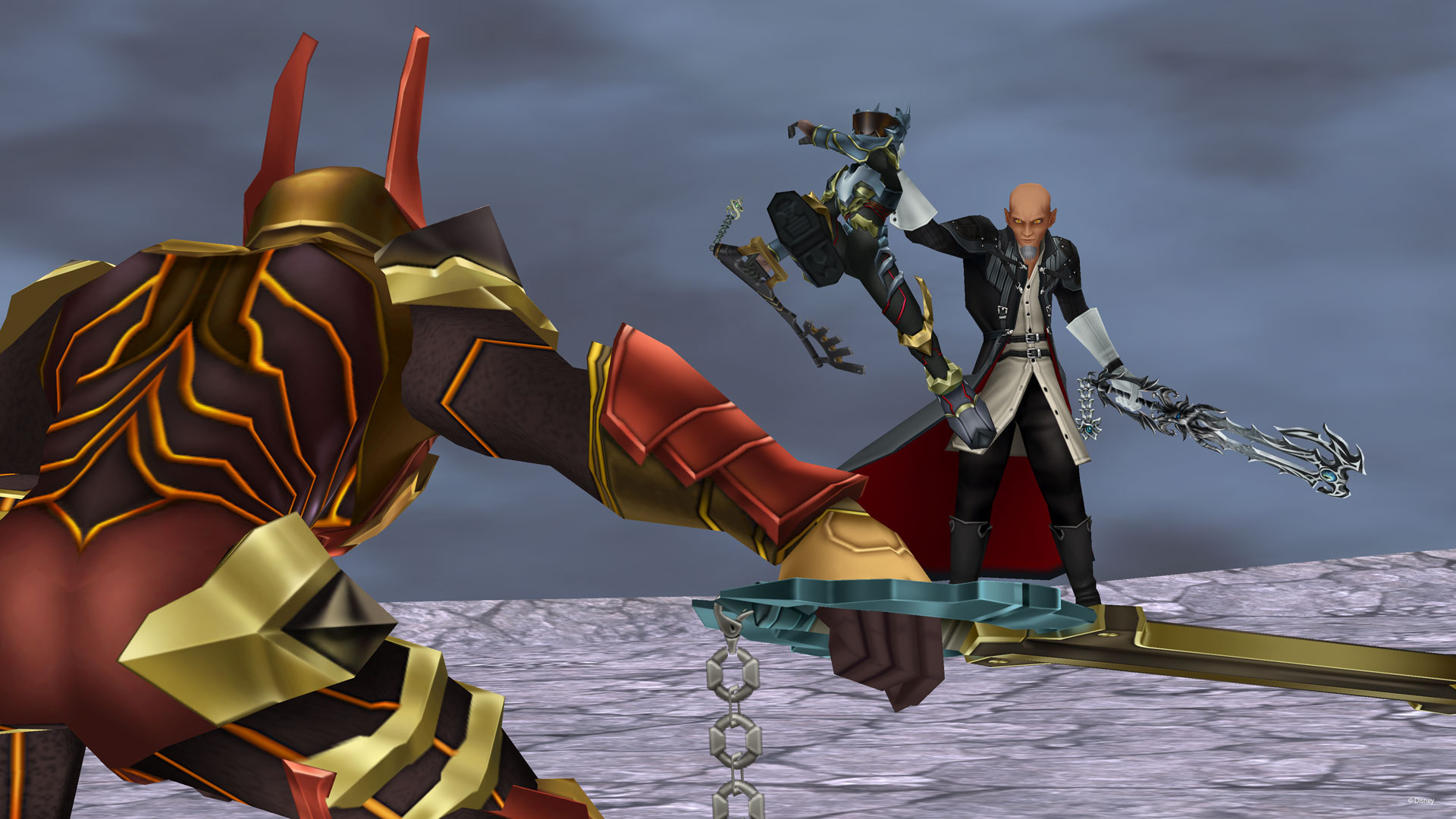 “Live philosophical question whether that’s Terra, or whether he died when he entered that transporter.”

(That’s too confusing for our target audience)

“Actually, it’s not half as confusing as some of the s#!t in this game.”

Target audience, please know that I meant no offense. I just didn’t want you to be subjected to a whole philosophical lecture about whether selfhood can persist if all of the atoms making up a person are switched out or disassembled then reassembled. In the process, I steered Clickbait Boyfriend into a really zesty roast of the series.

“This is pretty traumatic for kids, beating the s#!t out of Peter Pan with a blunt instrument.”

Entering adulthood does sometimes feel like being bludgeoned with a giant metal key. Could this be a metaphor?

You thought these games were for children?

“That’s problematic. ‘Touch the hilt of my keyblade, Riku, but don’t tell anyone or the magic will wear off.'”

-on the keyblade inheritance ceremony

It’s an important moment for Kingdom Hearts lore, and it’s always a treat to see series protagonists as chibi kids, but yeah, wow, this comes across as a little creepy.

Apparently we’re not the only ones who think so.

Really, this scene needed another pass through on the script. It’s touching! It’s the origin of Riku’s journey! I get it! It’s just also a lil’ disconcerting. Please tell your parents about this stranger, kid.

“I swear to god, I thought there was about to be a phase two where he turned into a giant freaking heartless.”

Clickbait Boyfriend had to try this battle at least five or six times, so you can understand why he was afraid. To give credit where it’s due, he also totally called this boss fight when he was playing through as Ventus .The score stands at Terra/CBB: 1. Luke Skywalker: 0.

← Episode 45. The Evil Fortnite
Split Screen: School’s Out for Evil →